What bad makeup taught me about flourishing

Once you master lettering, you start to look at what is next… flourishing. Slapping some flourishes onto your piece is a great way to make it look uber fancy. If only it was just that easy.

Want to know the best way to make your lettering look awesome? … flourishing!

Want to know the easiest way to make your lettering look awful? … flourishing!

But because we’re in this together, let’s make sure that you only fall into the AWESOME category!

Flourishing is all based on shape and smoothness. If you take a good hard look at a great flourish, you’ll notice that it is made up of a series of overlapping ovals and circles (yes, I know that technically, circles are ovals, but you get what I’m saying here). Flourishing shouldn’t have any hard edges or corners, it shouldn’t be too tight and it shouldn’t end abruptly.

Well, that was a lot about what flourishing shouldn’t be. It makes me sound like a huge Debbie downer!

Let’s flip the script and talk about what flourishing should be!!

Flourishing should be smooth. It should be larger than the width of a letter and, most of all, it should enhance your lettering.

I like to think of flourishing as make-up for lettering. Your lettering should stand out and shine – not be overwhelmed, confused or made to look like a clown with waaaay too much bright blue flourish-shadow and shocking red lipflourish on. The best way to achieve this subtle enhancement is to flourish lightly. Not that you can’t use a lot of flourishing, but it shouldn’t be more noticeable than your letters.

Right now, I’m in public creating this post for you. That means that I had to get out of my sweatpants (groan), run a comb through my hair and put on some make-up. Let’s see… I have on foundation, some cover-up, blush and mascara. All daytime appropriate. But I don’t have on smokey eyes, black lipstick and fake lashes. (Not only because I don’t own black lipstick, but because that would be crazy for a morning of typing at Starbucks and my daughter might not claim me as her mom when I pick her up from school.)

In the same way, putting heavy, thick flourishes everywhere isn’t appropriate for your lettering. It can make it harder to read, compete with your lettering for attention or just plain make it look crazy. Even with lettering, we need to think about our styling choices.

Here’s my suggestion… if you want to flourish, do it lightly. Make it the lettering equivalent to daytime make-up. Most of the time, when you put on your make-up, it is daytime make-up that you apply and only sometimes does that special evening out make-up come out. Let’s flourish in the same way!

I’ve created an email course to teach you the specifics about flourishing. The course is totally free and comes with worksheets, practice drills, the theory that you need to master flourishing and will have you flourishing like a freak (in a good way) when you’re done.

Sound good? Simply click the box below, fill in your info and the first lesson in the course will be headed right to you. Let’s slap some (daytime appropriate and stunning) makeup on your lettering! 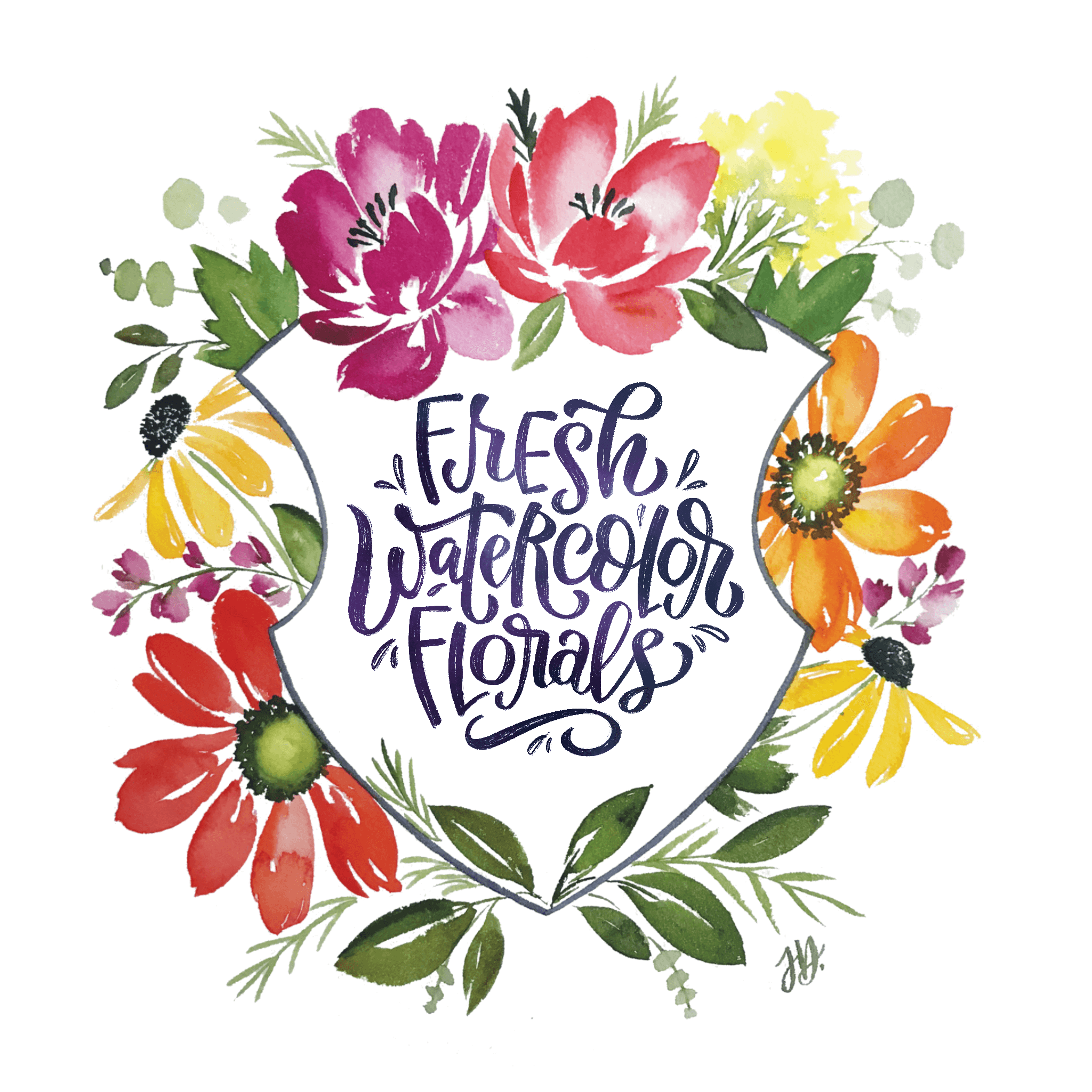